Join our newsletter to get the best content straight in your inbox.

How to Meditate for Beginners (The Ultimate Guide)

Why Can’t You Stay Happy?

Is Your Mental Health a Priority?

Did you know that you can have a bond with someone who isn’t even aware of your existence? It’s not a bond in the sense that you might usually think, but a one-sided one.

It is normal to be a fan of someone in the public eye and feel like you can relate to them personally. Having someone you look up to and who can garner your attention when no one else can can make that person a helpful figure in your life, particularly when you are going through a difficult time.

Most of us can relate to becoming a little “starstruck” at times, but parasocial relationships are not merely celebrity crushes. The point where a parasocial relationship can become a problem is when you become emotionally dependent on this person. Being emotionally dependent means you feel as if you cannot live without the emotional support of that person to the point where it is no longer healthy—no longer just admiration.

Emotional dependence can lead to feelings of anxiety and emptiness when you are alone. In the case of parasocial relationships, this could happen whenever you are not busy dedicating your full attention to that individual, such as watching the celebrity you admire on television or reading about their latest story on Instagram.

In parasocial relationships, fans may have the delusion that their favorite celebrity figure is their friend. Their feeling of entitlement over the personal details of that person’s life can cause them to become obsessive over gaining their attention. In parasocial relationships, some delusional fans may even begin to stalk that person and develop something called celebrity worship syndrome.

Celebrity worship syndrome is conceptualized as an abnormal type of parasocial relationship motivated by absorption and addictive elements. This syndrome has been described as an obsessive-addictive disorder where someone becomes utterly obsessed with the personal life of the celebrity they idolize.

But what causes one to develop celebrity worship syndrome? And what are the dangers of these types of parasocial relationships? It is likely that people who demonstrate this obsessive behavior suffer from a psychotic disorder, such as paranoia or schizophrenia. However, it can also stem from conditions like depression, anxiety, high-stress levels, and poor body image.

This helps to explain in part why someone with celebrity worship syndrome will turn all their energy and focus to the subject of their obsession; it could be because that person lacks the care or psychological resilience to focus on their own life. In either case, this is what leads to that celebrity becoming a distraction or even substitution for their admirer’s real life, contributing to anxiety, depression, and a decrease in self-esteem or exacerbating these feelings for those who were already struggling with their mental health.

Not only does the extreme level of emotional dependency negatively impact the mental health of the fan, but it can also lead to problems in their everyday lives and interpersonal relationships. When someone becomes obsessed with a celebrity, they may lack the energy or capacity to develop and maintain meaningful and fulfilling relationships.

They may struggle to maintain relationships with family or friends at all because they do not set aside enough time for anyone else. Given the mental state of someone with celebrity worship syndrome, their lack of quality relationships is more likely to lead to them feeling abandoned by others in their lives. They may begin to harbor feelings of resentment as well. When this happens, it can increase their emotional dependency on that celebrity figure.

The obsessional stalking of someone with celebrity worship syndrome is made worse by social media. With social media making parasocial more accessible, it becomes easier for the obsessed person to feel that they are, in fact, in a relationship with the subject of their extreme admiration. These days it is a rarity for a public figure not to have multiple active social media accounts, most of which enable fans to comment, like, and reach out via private messages.

Someone with celebrity worship syndrome can access the intimate details of the figure of their admiration’s life every day. This factor alone not only makes it easy for any fan to cultivate parasocial relationships, but it makes it more difficult for them to end the relationship and recover from it. The other issue with celebrity presence on social media for fans is that they are not always authentic or even managed by the celebrity themself. Still, they are reflected in a way that makes fans believe everything they see about that person is real or represents their entire personality.

When you decide it’s time, it is possible to end parasocial relationships, just as you would for any unhealthy or toxic relationships. Sometimes, though, the breakup won’t always be your choice. You may lose connection with the celebrity you admire if they were to leave their television show, for instance, or if it were to go off the air. In either case, like any breakup, ending parasocial relationships can lead to feelings of grief, so it is important to practice self-compassion or lean on other social supports to help you through.

As you work through letting go of your relationship, try to let go of self-criticism and judgment as well. While the person on the other end of your relationship may never know you, and whether or not everything you see or read about them is real, the feelings you have developed for them are. 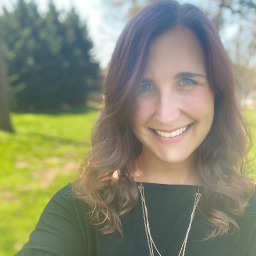 Katelyn Redfoot is an independent content writer based in North Carolina who offers ghostwriting, copywriting, blogging, and social media services. As a health and wellness advocate, she loves learning from and helping clients across the world share creative, relatable, and helpful content. Her goal is soon to take her writing on the road, traveling in a van with her fiance, Jason, and their dogs, Max and Summit.

How to Meditate for Beginners (The Ultimate Guide)

Read More
How to Meditate for Beginners (The Ultimate Guide)

Why Can’t You Stay Happy?

Is Your Mental Health a Priority?

Please log in again. The login page will open in a new tab. After logging in you can close it and return to this page.