Obsessive compulsive disorder is a mental illness characterized by intrusive obsessions, which then lead to compulsive behaviors. Although the individual may realize that their obsessive thoughts are irrational, they may find it very difficult if not impossible to ignore them.

Obsessions are repetitive and persistent thoughts (e.g., of contamination), images (e.g., of violent or horrific scenes), or urges (e.g., to stab someone). Importantly, obsessions are not pleasurable or experienced as voluntary: they are intrusive and unwanted and cause marked distress or anxiety in most individuals.

People with OCD often attempt to ignore or suppress these obsessions (e.g., avoiding triggers or using thought suppression) or to neutralize them with another thought or action (e.g., performing a compulsion).

Compulsions (or rituals) are repetitive behaviors (e.g., washing, checking) or mental acts (e.g., counting, repeating words silently) that the individual feels driven to perform in response to an obsession or according to rules that must be applied rigidly.

Most individuals with obsessive compulsive disorder have both obsessions and compulsions.

Compulsions are typically performed in response to an obsession (e.g., thoughts of contamination lead to washing rituals or that something is incorrect leading to repeating rituals until it feels “just right”). The aim is to reduce the distress triggered by obsessions or to prevent a feared event.

However, these compulsions either are not connected in a realistic way to the feared event (e.g., arranging items symmetrically to prevent harm to a loved one) or are clearly excessive (e.g., showering for hours each day). Compulsions are not done for pleasure, although some individuals experience relief from anxiety or distress.

Individuals with obsessive compulsive disorder vary in the degree of insight they have about the accuracy of the beliefs that underlie their obsessive-compulsive symptoms. Many individuals have good or fair insight (e.g., the individual believes that the house definitely will not, probably will not, or may or may not burn down if the stove is not checked 30 times).

Some have poor insight (e.g., the individual believes that the house will probably burn down if the stove is not checked 30 times), and a few (4% or less) have absent insight/delusional beliefs. Poorer insight has been linked to worse long-term symptoms.

Symptoms for OCD are comprised of either obsessions or compulsions. Obsessions are the repetitive and intrusive thoughts that inflict pain and anxiety within the individual. A compulsion is the urge that is associated with the obsession in an attempt to relieve the painful anxiety that the obsession has manifested. Some common symptoms are:

Environmental factors are very significant as there are sometimes correlations with obsessive compulsive disorder and past abuse. People who have experienced abuse (physical or psychological) in childhood or other trauma are at an increased risk for developing obsessive compulsive disorder. Genetics also play a part in someone developing this illness. If you have a family history of this mental illness or another anxiety disorder, then this may increase your risk for developing this condition.

To get diagnosed with obsessive compulsive disorder, one must undergo a psychiatric evaluation by a licensed mental health professional. This will often entail asking the patient numerous questions to better understand their family history, current symptoms, as well as the severity of those symptoms.

Another vital component of getting diagnosed with this mental illness is the length of time the symptoms have occurred for and how impactful they are in the patient’s daily life.

One key component to getting diagnosed with obsessive compulsive disorder, according to the DSM-5, is that the obsessions or compulsions are time-consuming or cause clinically significant distress or impairment in social, occupational, or other important areas of functioning.

Fortunately, there are many different types of treatments for someone who has been diagnosed with this mental illness. While some people may significantly benefit from behavior therapy and others are helped by medication therapy, it may be very beneficial for someone with obsessive compulsive disorder to engage in both forms of therapy simultaneously.

Cognitive behavioral therapy (CBT) is often the type of therapeutic technique used to help individuals who suffer from OCD. Essentially, this type of therapy helps you to have a better understanding of the many thinking-errors that are associated with OCD. Besides CBT, mindfulness meditation can also be effective at helping to relieve symptoms of OCD, as well as general anxiety too.

Medication can be very helpful for individuals looking to experience some relief from their symptoms. Selective Serotonin Re-uptake Inhibitors (SSRI’s) are the types of medications that are typically used to help treat obsessive compulsive disorder. They are also sometimes given to individuals who suffer from other mental illnesses, such as depression or social anxiety disorder as these drugs may be able to help with many different symptoms. Some common medications to help relieve symptoms of this condition are Paxil, Luvox, and Zoloft, among many others.

If you think you may be suffering from some of the symptoms of this condition, then you may benefit from therapy. Feel free to reach out to your doctor or local mental health clinic to see what your available options are and to see if there is any sort of discount or promo code available to help you with the costs of treatment, as well as if your health insurance will cover treatment costs. 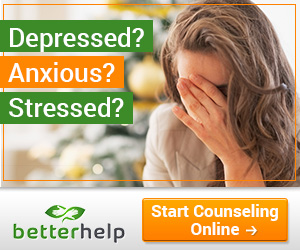 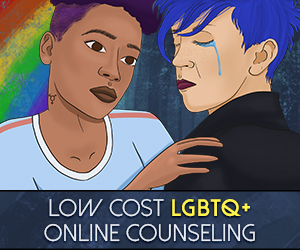 Affordable Therapy from your couch. 100% Online.

Get the help you deserve & try online therapy through the world's largest mental health platform - BetterHelp.

Talk to a Therapist